Welcome to North Central Quarry, a resource that will present choice and opportunity for future generations, local people, customers, and suppliers – and deliver what our community and state desperately needs: access to construction materials, jobs and a reduced environmental footprint.

This short-life quarry will provide high quality basalt, vital for maintaining our standard of living – the literal ‘bedrock’ for our homes, roads, schools, hospitals, and major projects.

This proposed quarry is over 15 years in the making, having been subject to stringent planning procedures, and we are committed to providing the lowest carbon footprint possible.

It will provide jobs in the short and long term, significant local economic activity and training and skills before being beautifully rehabilitated and incorporated into the urban fabric of the Beveridge North West Precinct Structure Plan.

North Central Quarry will help our clients, the community and the environment.

Further information can be found on our North Central Quarry handout. 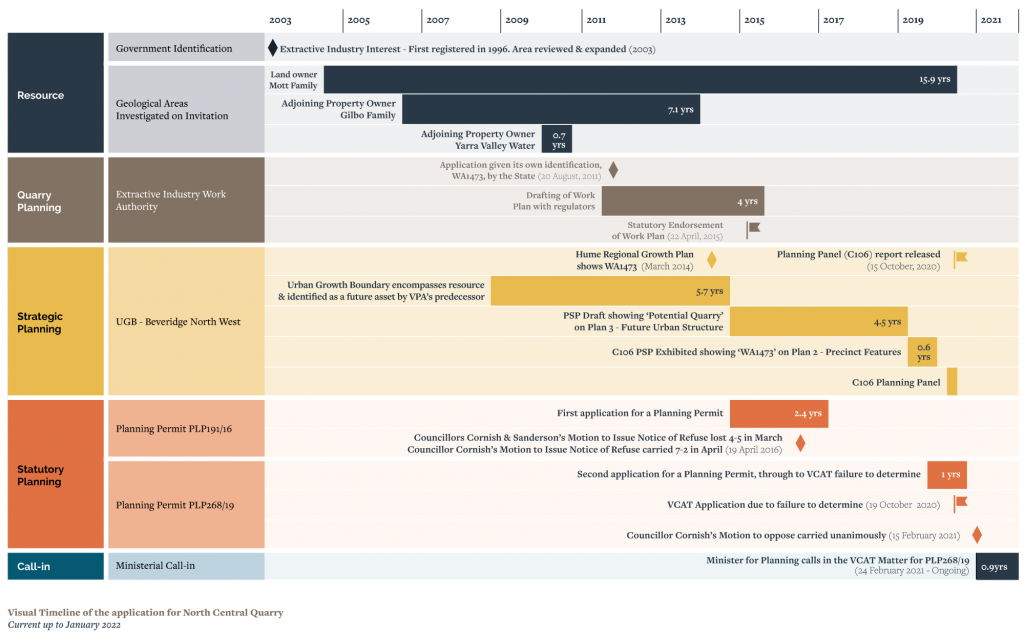 Conundrum Holdings has spent years constructing this application, implementing the best technical measures and processes to ensure high levels of compliance across all aspects of the proposal.

We are committed to supplying transparent information and responding to questions. Our key objectives are to ensure issues are identified, misconceptions resolved, and expectations met where possible. This is something we have never wavered on.

Below are some common myths about this proposal which we have disproven time and time again.

Myth: The quarry would be visible throughout Wallan

Not unless you have a really good pair of binoculars! It will be blended into the contours of the land, and just like we do with all our existing quarries (we have 40 years’ experience!) has been designed to have minimal impact on the area’s visual aesthetics. Think about it, it’s a quarry, therefore nearly all the workings are lower than the ground level where the rock is.

A wide range of measures were implemented in the original design of the site concerning site extents and orientation, access road positioning, and building and plant heights, and they will continue to evolve throughout the working life of the quarry. 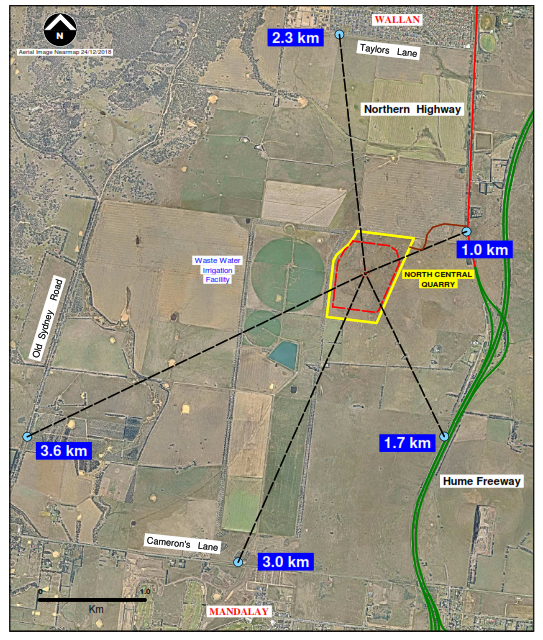 Myth: Basalt is everywhere – the quarry should move

No, it’s not. After surveying over 500,000 hectares this UNIQUE site, presents a once-only opportunity for local industry to access a vital and strategic resource that is diminishing right now.

This site is ideally suited and almost impossible to replicate due to its:

Myth: Trucks will be moving at all hours, driving down local streets

Simply untrue – we are investing (at our own cost) in a purpose-built, sealed and signalised access road from the quarry that will provide the safest and most direct route to the nearby Northern Highway and Hume Freeway. No shire roads are proposed as part of the access route.

We know our market and our customers require quarry materials in the early part of the day with over 85% of truck movements concluded before 2pm and avoiding the PM peak, refuting spurious claims about queues at traffic lights. Also, up to 80% of trucks will be travelling to and from Melbourne, therefore limiting the need to travel through Wallan.

Myth: The quarry will always be blasting – all day everyday

This is where the scaremongering, lies and omissions get crazy.  Think about it – we actually need to collect and process the rock, not just blast all day!

We expect in the order of 16-29 blasts per year or twice a month. The nominated times are to ensure we can respond safely to weather, explosives supply chain and onsite conditions. They are a window for flexibility, not times that are guaranteed for blasting as some suggest.

Blast duration, including safety sirens, lasts only a few minutes. Please see the video right which shows a recent blast.

With long term experience in blasting, the industry and Conundrum Holdings has highly skilled and licensed technicians who conduct the exercise in a controlled manner. We are very proud of, and passionate about, our long-held safety and compliance record.

Myth: Basalt contains silica and will cause silicosis

No, this is false, disproving the fear-inciting misinformation being circulated about crystalline silica exposure to the community.

It is geologically incompatible with the 17 million tonnes of rock we will extract from site, and as such, there has been no detectable levels of crystalline silica present in the samples analysed.

The most common form of crystalline silica is quartz, which is commonly found as a late crystallizing mineral in igneous rocks forming from magmas with a high silicon dioxide content.

Basalts are formed from magmas with a low silicon dioxide content and in general contain no or very small amounts of quartz. If the mineral olivine is present in the basalt, then there will be no primary quartz present. The vast majority of Melbourne and most Victorian basalts contain olivine.

This is supported by WorkSafe Victoria, who state:

‘While basalt may contain between 45% and 63% silica it is predominantly amorphous not crystalline. The crystalline silica component of basalt is known to be less than 1%. As such the specific regulations regarding crystalline silica substances (such as analysis of material, provision of information to customers, provision of information to employees/job applicants) does not apply to extracting, processing, and selling basalt from quarries.’ 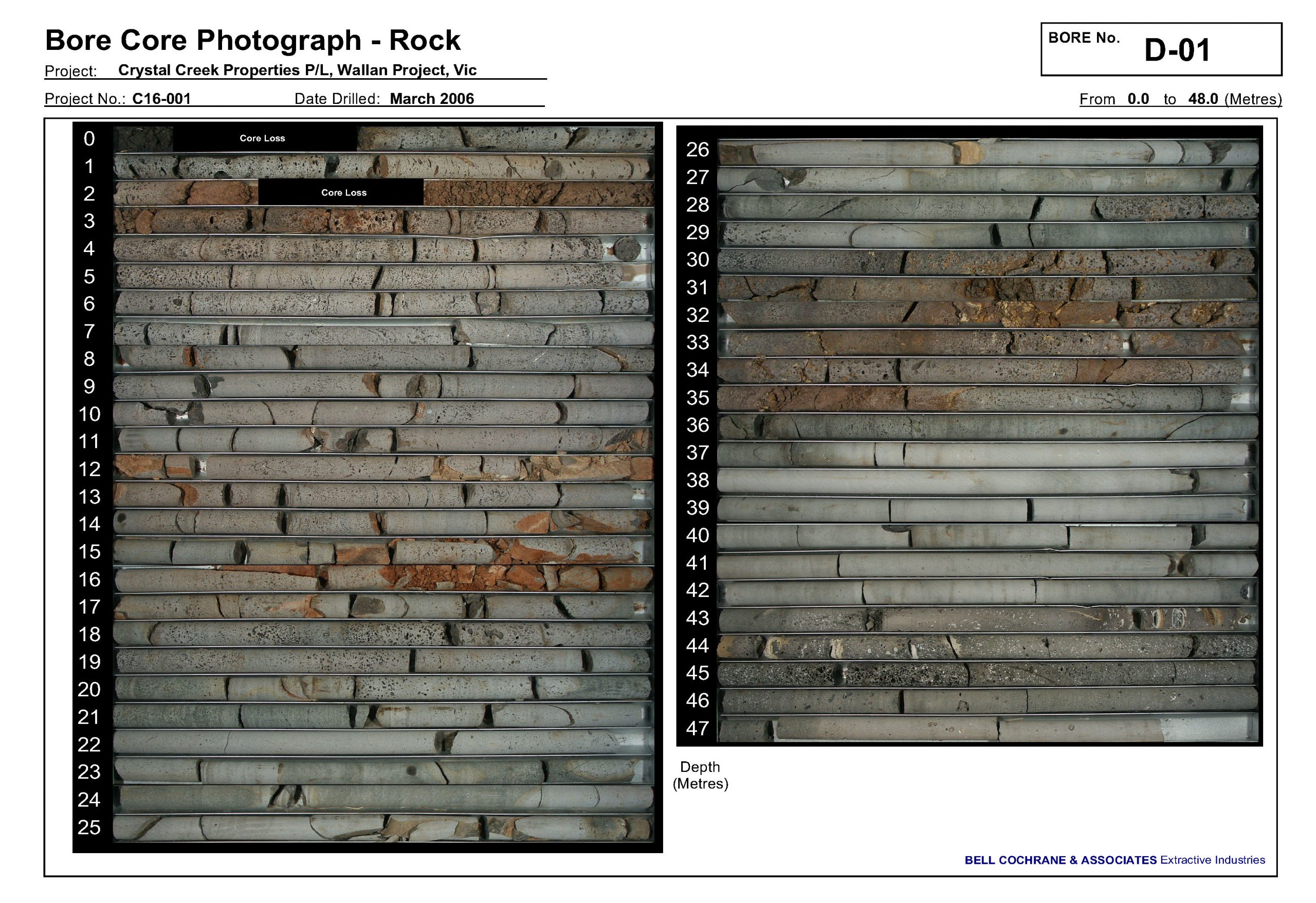 Myth: Quarry dust will be blown everywhere and noise will disrupt the town

The current and future communities, and wind and environmental factors were analysed during the site’s design, with the noise and dust reports demonstrating compliance.

As we are implementing a fixed crushing plant, we are subject to strict residential and industrial dust and noise regulations. Established quarry operators, such as Conundrum, have developed specific techniques to manage dust and noise impacts to a contextually suitable level, which include: 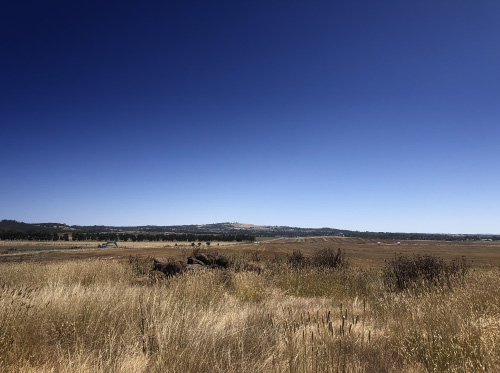 Myth: There are only 19 jobs and they will be existing staff

Incorrect. The application states there are 19 “FTE”. This refers to Full Time Equivalents and is an accepted method of analysing full time, part time, casual employees and contractors.

Myth: The quarry will become a tip

No. This is a temporary land use, and the site has already been deemed ‘not for waste’. Our endorsed rehabilitation plan outlines the steps we’ll take to ensure staged rehabilitation occurs progressively throughout the life of the quarry. These steps meet and exceed industry standards, proven by our past performances at our current sites in Stawell and Epping.

The end result will see a safe, stable and sustainable site returned to the landowner, that allows for a wide range of future uses, including incorporation into the Beveridge North West PSP development.

The picture right shows but one possible concept that the final site could accommodate. 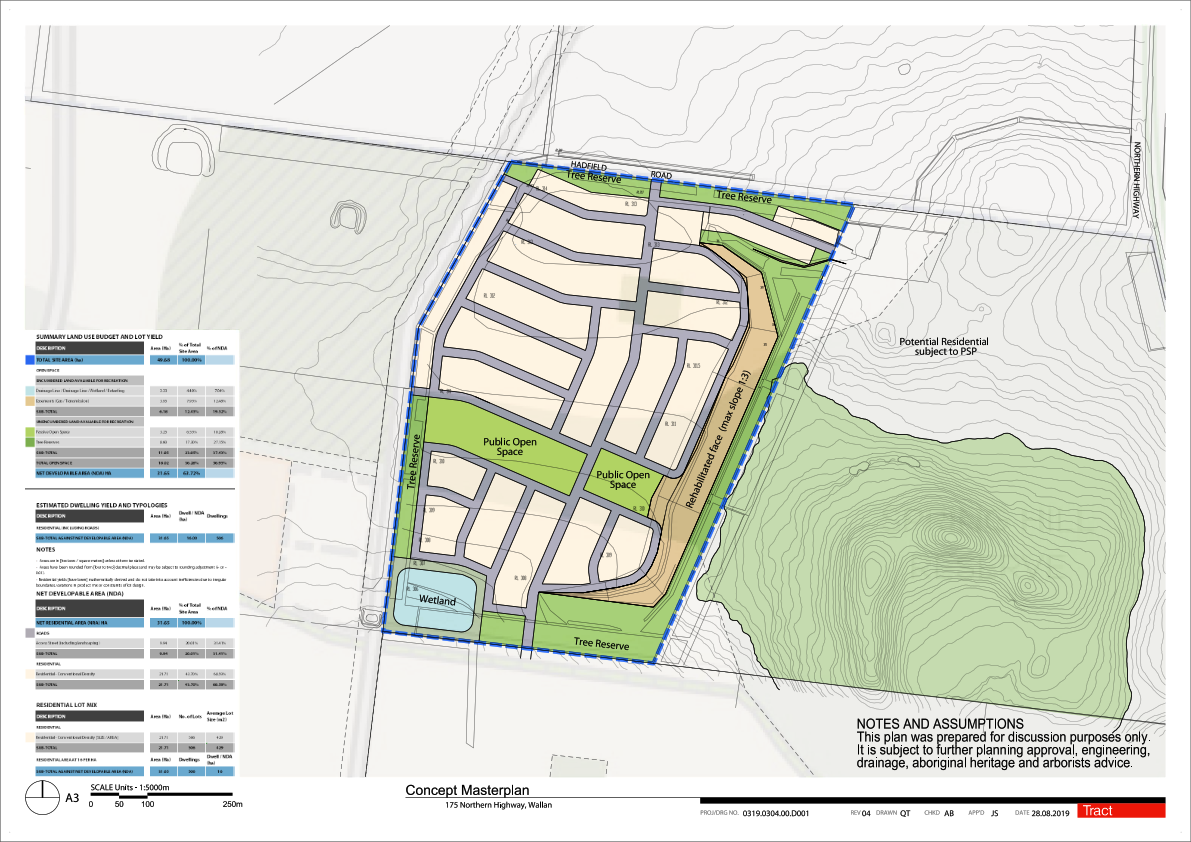 This development will provide real jobs for real people